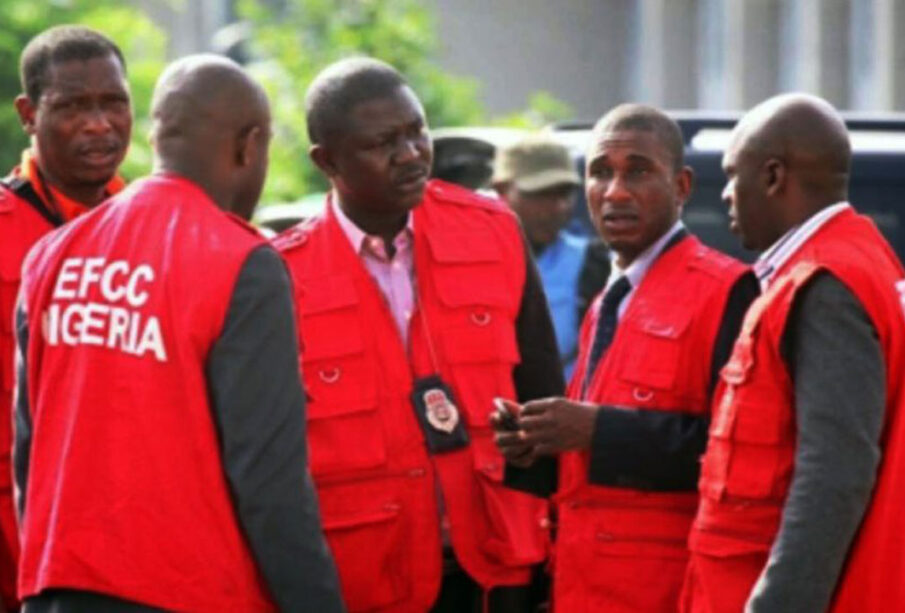 Two budding music producers and four others have been arrested by the operatives of the Uyo zonal office of the Economic and Financial Crimes Commission, EFCC, for alleged involvement in fraud.

According to reports, the suspects were arrested over their alleged involvement in cybercrimes in Uyo, Akwa Ibom State.

They were arrested recently at their apartment located on 3 Ring Road, off Shelter Afrique, Uyo.Items recovered from them, at the point of arrest, are five laptops, 11 mobile phones, one grey-colored Mazda 3, a black- coloured Lexus ES 350, and a silver- coloured Toyota Camry car.

Forensic analyses of the 5 laptops and 11 phones recovered from them, revealed evidence of their various levels of involvement in cybercrimes. Based on the incriminating evidence against them, they all owned up and made confessional statements.

They will be charged to court as soon as investigations are concluded.