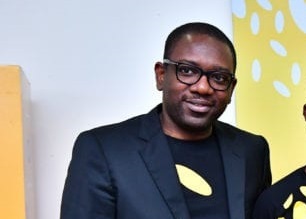 Eulogies have been pouring in since the passing away of MTN Nigeria’s GM, Consumer Marketing, Oluwole Rawa.

Evans joined several individuals to eulogise the late Rawa, who passed on at the age of 45.

In a special tribute, Evans recalled his relationship with the late Rawa saying he was the brightest of the stars in his world.

“I would like to add my condolences to Oluwole Rawa’s family and particularly to his daughter, Olayinka on his tragic passing. As the former CEO of Etisalat Nigeria, I think that I can say on behalf of everyone who worked there that he was the brightest of the stars in that world and was much loved, admired, and respected by everyone who had the good fortune to work with him.” 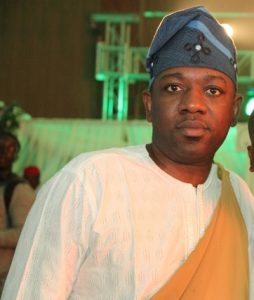 Evans went further to say he will personally miss the late Rawa saying he received his passing away with shock. “I will personally miss him greatly as we had maintained close contact over the years and spoke often. It was a great shock to receive the news. I have been in touch with a number of old friends from Etisalat both in Nigeria and elsewhere and I will ensure that those expatriates who worked with Wole will be updated on his burial plans. Wole will be sorely missed and never forgotten.”

Torrents of tributes have been pouring in since the demise of the late Rawa, who was the General Manager, Consumer Marketing at MTN at the time of his demise.

“Sir Wolex as we fondly called you back in Etisalat Mulliner towers, it was a huge shock when I heard that you passed on to the great beyond. You were admired by all because of your larger than life approach, the genuine interest and care in making sure that people progressed in all spheres of life, be it career, family, and personal ambitions. I
cant forget the football discussions/rivalry first thing on Monday morning with Debo, Edwin, and Tope about each individuals love for Arsenal, Liverpool, Chelsea, and the likes(those were fun days). You showed love and became very friendly to all around you, sometimes I wonder why the good die young? May God almighty accept your soul
in heaven, grant you eternal rest, and grant your family &amp; loved ones the grace to bear this unimaginable and painful loss. Amen. You definitely put a smile on the faces of many and would always be remembered for good. Rest in perfect peace. Amen,” Rotimi Adeeko wrote.

For Ify Kagho, a colleague, Rawa was an amazing personality that lived a remarkable life. “Wole, you were an amazing person that lived a remarkable life. You were a leader, by the true definition of that. It’s difficult to understand why you had to leave at the prime of your life. Some things are just inexplicable. You often shared knowledge, and inspired us to do, and be the best. My consolation is that you are with our Father, in heaven, and that your legacies will live on. I pray that your wishes for your adorable daughter be established, in Jesus name, and that God grants all loved ones you have left behind the fortitude to bear your departure. You will be fondly remembered. Rest In Perfect Peace, Boss.”

45-year-old Oluwole Olanrewaju Rawa was born in Ibadan on June 13. Wole, the second of three children and the only male shared a strong bond with his sisters. Married to Jadesola, the union is blessed with a beautiful daughter

Olayinka. Rawa worked for Oceanic Bank before joining Econet, now Airtel from where he moved to Etisalat, rising to the position of Director, Marketing Segments and Strategy.