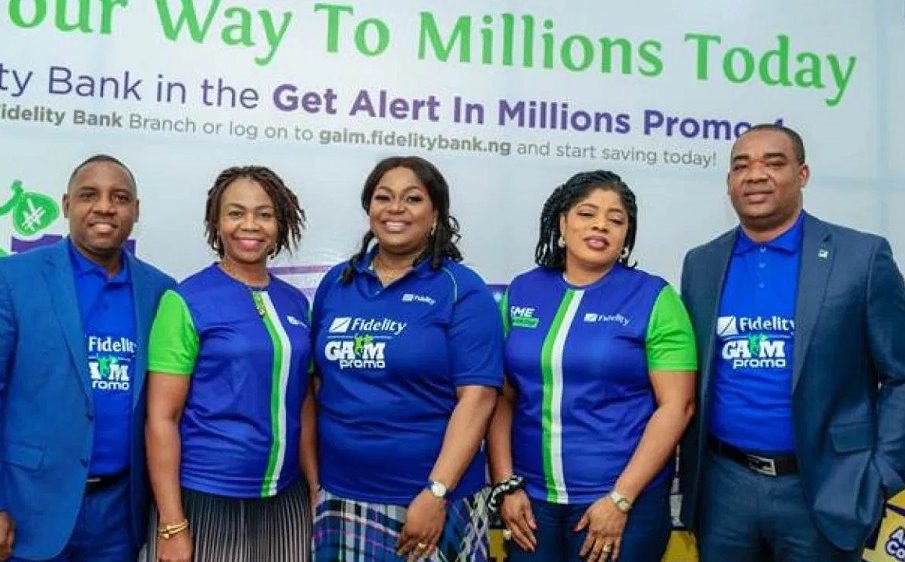 Fidelity Bank Plc has introduced of a new savings campaign in Lagos, as part of its efforts to promote the culture of savings amongst Nigerians.

The Savings campaign which will ride primarily on digital technologies is one of the many initiatives of the bank aimed at rewarding new and existing customers for their unwavering loyalty and patronage.

Dubbed “Get Alert In Millions (GAIM) Season 4”, the savings promo is expected to run till April 2020, a duration of six months and will see customers cart away a total of N120 million in cash prizes.

Speaking at a press conference heralding the commencement of the promo in Lagos, the Bank’s MD/CEO, Nnamdi Okonkwo pointed out that the campaign is the ninth in the series of savings promos organised by the Bank in last 12 years to incentivise its customers. 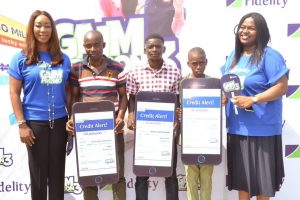 Beneficiaries of the Fidelity GIAM.

Okonkwo who was represented by the Executive Director, Shared Services & Products (EDSS&P), Chijioke Ugochukwu pointed out that the campaign seeks to reward customers for their loyalty and patronage. Whilst the savings promo is targeted at a cross section of customers, Chijioke noted that the Bank apart from using traditional channels will utilise digital platforms such as its Quick Response (QR) code and Virtual Assistant to reach unserved areas.

Giving insight into the rationale behind organising this initiative, Okonkwo noted that savings promos remained an integral part of the Bank. He asserted that the promo was focused on reaching out to the unbanked population across the nation.

“It also gives us an opportunity to promote a savings culture which is critical to building up investible funds for individuals and companies and a key component of Gross Domestic Product (GDP) growth”, she added.

Stating that the lender remained on course to achieve its strategic objective of becoming a tier-one Bank by 2022, the MD explained that building a robust and solid saving volumes for the institution was a critical pillar to attaining the aforementioned target.