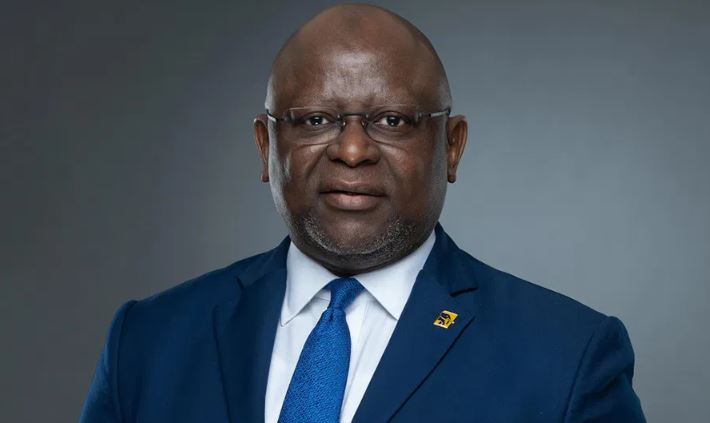 Agents of Firstmonie, a unique and indigenous banking world by First Bank Nigeria plc, have crossed the 100,000 mark across different communities in Nigeria.

If you live in Lagos, Abuja or Port Harcourt, or you reside in any of the other state capitals, you probably take for granted that you actually live in the better of the two worlds that make up Nigeria when it comes to banking. Take Lagos, for example, you would find a bank in almost any corner you turn. You have many streets in business or commercial areas in the city that are lined up by nothing but banks in all their glory and magnificence. If a count is taken, it could be established that there are probably more bank branches in Lagos than any other branded business outlets or branded activity centres – if street stores and religious centres are excluded.

Many people in city centres somehow assume that this situation of banks being in your face in cities is the same reality that prevails in most parts of the country. They have no idea that there are parts of Nigeria, especially the hinterland, where people take the absence of banks for granted the same way city dwellers take the preponderance of bank branches for granted. To get to the nearest bank, people in the hinterland who live this reality every day would have to travel many kilometres to get to their state capitals or some other large towns. These are the people living in the worse of the two worlds you find in Nigeria as far as having bank presence is concerned.

Imagine if the situation were reversed and city dwellers had to travel many kilometres to get to the nearest bank branch where they could do their transactions. It is not unlikely that such a situation would be accompanied by a ballooning of the stress levels in city dwellers, increased road rage on city highways and heightened frustration generally. How would people who spend multiple hours in traffic on a daily basis, work longer than counterparts elsewhere for far less remuneration, enjoy less sleep on their beds and less time with family and loved ones, cope with the additional burden of walking or driving endlessly in search of a bank to do their transactions? How? Just how?

So city dwellers should indeed be thankful for their world. And while at it, they as well as people in the hinterland, who live in the other world, should not be shy to extend appreciation to those working so hard and tirelessly to bridge the gap between the two worlds in Nigeria. The Central Bank of Nigeria’s (CBN) financial inclusion initiative geared towards bringing the unbanked and underbanked as well as communities in Nigeria’s hinterland into the formal financial ecosystem has been key to efforts to bridge the gap. The CBN’s mandate to ensure the availability of affordable financial products and services to all individuals and groups of people in Nigeria, regardless of location, literacy level, familiarity with technology or accessibility to modern infrastructural facilities, has been wholly embraced, supported and promoted by FirstBank.

FirstBank’s unmatched commitment to financial inclusion is informed by the bank’s undivided focus on making real impact across Nigeria. Hear Dr. Adesola Adeduntan, the Chief Executive Officer of the premier bank in West Africa and the leading financial inclusion services provider in Nigeria for over 127 years: “The key strength of our franchise is our ability to look at gaps in the society and develop products and services that [address those gaps].” Continuing, he notes that as an integral part of the bank’s strategy, “We believe that by significantly working with the Central Bank to improve the financial inclusion index of the country, we would, as FirstBank, be assisting [the] country to address poverty, to address hunger, thereby also promoting security of life and property because when people are gainfully employed, the implication is that they think less of crime.”

It is therefore not surprising that FirstBank has driven the financial inclusion initiative much more vigorously than any other bank in Nigeria, with its Firstmonie Agent channel, which crossed the 100,000 Agents mark a few days ago, being among the bank’s many initiatives to expand financial access in the country. The 100,000 Agents feat in itself speaks volumes about the bank’s strides in the financial inclusion space. No other bank comes anywhere close to FirstBank in terms of number and spread of agents in their agent banking networks. FirstBank’s Firstmonie Agents and the thousands of staff they employ are in all the 774 local government areas in Nigeria save two and, in 2020 alone, processed over 295 million transactions with a total value of N6.65 trillion and opened more than 196,000 accounts. However, for FirstBank, it is not about number or competition with others or even being the largest bank-led network in Africa, but the impact the Firstmonie Agents channel it is creating, as Dr Adeduntan highlighted above. His deputy, Francis Shobo agrees, saying FirstBank is looking beyond numbers and considering impact. He makes a bold declaration, “We are trying to make those Agents the centre of the financial ecosystem in the country.” This probably explains why Firstmonie Agents are considered by the bank as community heroes that it is planting all over the nation. And this is the sense one gets in interviews with Agents and customers across the country.

As further encouragement and to promote the business activities of Firstmonie Agents, the bank announced the provision of loan facilities of up to N1,000,000 to the Agents. This new credit scheme, which they can access 24 hours a day, can be processed in less than two minutes. The scheme means more empowerment and business expansion for Firstmonie Agents. And the expansion can go beyond Nigeria as Dr Adeduntan says FirstBank is looking beyond Nigeria to other African countries where FirstBank operates, like Ghana and DRC – a country with over 80 million people – to promote financial inclusion and begin to address poverty on the African continent through the Firstmonie platform.

Aiyetoro is a riverine community in Ilaje Local Government Area of Ondo State. It has no banks, according to Stephen Adeleye, a Firstmonie Agent serving Aiyetoro community. He recounts how Firstmonie has impacted his community. Adeleye says Firstmonie has provided easy access to banking ensuring that “people in the community now have this kind of savings habit” – a reference to the growing savings culture in Aiyetoro. One of his customers, Tina Farodoye, who operates a grocery store in the community says Firstmonie has helped her business to grow. She can now buy her stock in bulk all the way from Lagos where they are relatively inexpensive (even with transport costs added) compared to her community, all because she is able to transfer funds through Agent Stephen to the wholesalers in Lagos. This has improved her business profitability by increasing the profit margin in her business.

Ephraim Osinachi, is a Firstmonie Agent in Obehie, Asa Ukwa West, Abia State. He serves customers across all ages, including the very aged, as all customers are assisted with their transactions, unlike the use of ATM where the customer is practically on their own. He says market traders take advantage of his presence in the community to make lodgements at the end of the day’s trade. He and his staff wait until traders are done at the market (unlike your regular banks which shut their doors to customers at four o’clock, generally). The advantage this offers the people is invaluable. He cites a case where a customer’s house was raided by robbers in their absence and all the robbers could find after ransacking the entire house was fifty naira cash and old phones valued at N3,000. His services are enabling his community to avoid keeping bulk cash at home and the consequent risk of being robbed and traumatised by men of the underworld.

Orode Hesse, Firstmonie Agent in Ubeji, Warri South, Delta State is both emphatic and ecstatic about impact Firstmonie has had on her life. She enthuses that it has really impacted and empowered her financially and enabled her to empower others, especially other women. She has six employees, five of whom are female. So she sees Firstmonie as a business or platform to employ and empower women. Interestingly, Orode is part of the 26 per cent of Firstmonie Agents that are women, a fact that points to the important role Firstmonie is playing in driving women economic empowerment.

Abubakar Aki Bolaji, is a Firstmonie Agent along Karishi Road, Orozo in FCT, Abuja. He points out that the nearest bank to his community is 15km away. He is pleased that his presence as an Agent in the community has cut out the costs of transportation his people would have continued to incur in order to access banking services. His sentiment and delight are shared by the teeming customers he serves. This situation is very common in the North given its landmass and the dispersed nature of human settlements. Dr Adeduntan relates how a senior government official in Jigawa State highlighted how important the presence of Firstmonie Agents was when he informed him that all across a 70km stretch from Gumel, where there was the branch of a bank, there were no banks anywhere in sight. All he saw were at least two Firstmonie Agents in that long stretch of 70km, no banks. Without those two Agents, all the people in the settlements along that 70km stretch would be without access to banking services.

Another Firstmonie Agent, Mohammed Tatari, serving Tudun Wada in Bununu, Bauchi State, says his services are helping to drive commerce in his community as traders are now able to transfer funds to the wholesalers elsewhere from whom they buy. His services are helping traders to avoid carrying large cash with them given the dire security situation. He noted that the people used to travel elsewhere just to access banking service. His presence has changed all that now. He concludes that Firstmonie is changing his community (for good). One woman who would agree with him is Halima, a housewife and petty trader in the outskirts of Abuja. She discovered Firstmonie through her co-tenant, during the recent lockdown due to COVID-19, and was excited that she could access funds at the Firstmonie Agent outlet close to her and send money to her mother in far away, Maiduguri in Borno State. She had been unable to move to Garki where her bank branch was because of the lockdown.

Besides ensuring that individuals in the suburbs do not have to travel for long hours to the city for their banking activities, Firstmonie Agents are also bridging the gap between the tech-savvy and the low-literacy clients as the Agent network represents the convenient and comfortable alternative for customers that are unacquainted with sophisticated digital channels. And as Firstmonie Agents give their best, FirstBank, on its part, has been doing everything to encourage the Agents. In its inaugural Firstmonie Agent Banking Awards, FirstBank rewarded 37 leading Agents that have promoted financial inclusion in the country. Thirty-one (31) Agents each won the sum of N250,000 at the state level while five Agents won the sum of N1,000,000 at the regional level. At the national level, the grand prize of N2,500,000 was won by Zayyanu Hassan Ishaq, an Agent from Abuja (North Central), who described it as a miracle and noted that it would spur him to work harder.

UBA emerges ‘Bank of the Year’

UBA to reward 10 customers with N1m each in ‘Savings Promo’