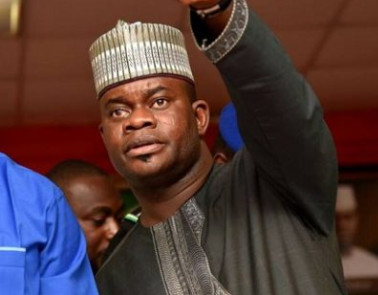 Governor Yahaya Bello of Kogi State has returned for a second term unscratched after a long battle with several politicians.

INEC’s returning officer for the election and Vice-Chancellor of Ahmadu Bello University (ABU), Zaria, Prof. Ibrahim Umar, made the announcement.

Natasha Akpoti of the Social Democratic Party (SDP) came third in the exercise with 9,482 votes.

Collation of results was suspended on Sunday, November 17 following delay from Ibaji and Lokoja local governments.

Bello’s victory in the election held on Saturday now guarantees him a second term in office.

Meanwhile, on Sunday, PDP and Wada rejected the result at a press briefing on Sunday. The governorship candidate and political party described the election as a ruse that would be challenged at the tribunal.

The party alleged widespread violations of the Electoral Act and refused to sign the final copy of the result to show its disapproval.