Kunle Afolayan and Dakore Egbuson Akande are some of the guests that joined the management of KLM to mark 100th anniversary in Lagos, Nigeria.
Jide Brown
0
217 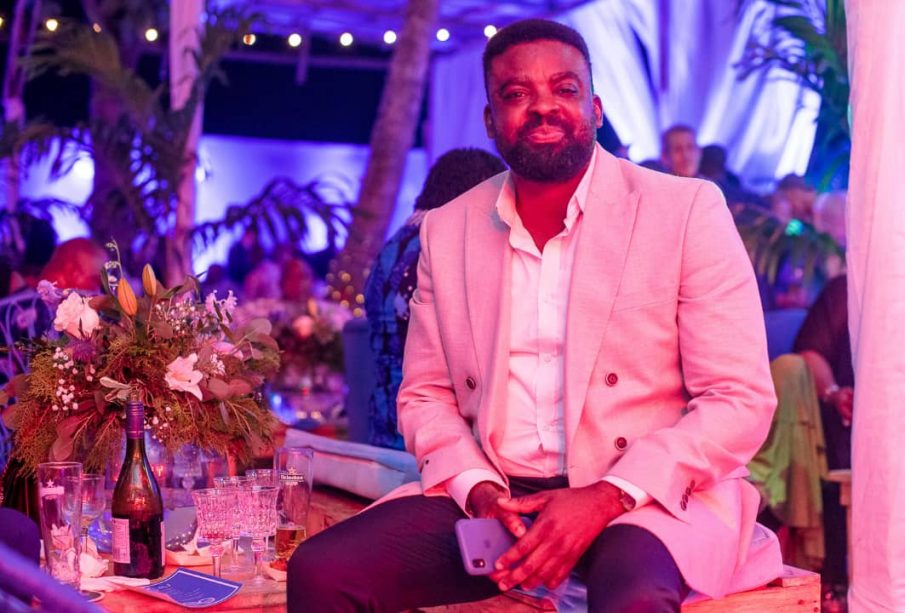 This auspicious occasion which was attended by the Minister of Finance, Wopke Hoesktra, customers, official partners, celebrities, Air France and KLM executives, staff and other dignitaries was celebrated with pomp.

Looking back on 100 years of KLM history, and the years ahead, Hangar 10 was the backdrop to the “KLM Experience”, where guests were treated to an impressive overview of the airline’s past, present and future. The review includes an in-depth look at KLM’s development over the decades and the role it played in international civil aviation. 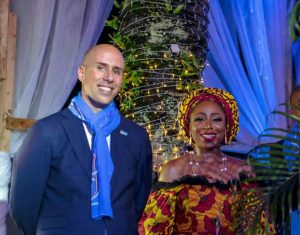 In keeping with tradition, KLM marked its anniversary with the presentation of a new Delftware miniature house; a moment eagerly awaited by faithful collectors all over the world. This year’s miniature is a replica of Huis ten Bosch Palace in The Hague, the home of King Willem-Alexander and his family. The first copy of KLM’s 100th Delftware miniature house was presented to Finance Minister, Wopke Hoestra by KLM President & CEO, Pieter Elbers.

Huis ten Bosch Palace was built in the mid-17th century at the behest of Prince Frederik Hendrik of Orange and his wife Amalia van Solms. It was extended in the first half of the 18th century by Prince Willem IV. After Willem I was crowned King of the Netherlands in 1815, the palace was regularly home to members of the Dutch royal family. Since January 2019, Huis ten Bosch Palace has been the residence of King Willem-Alexander, Queen Máxima and their three daughters. The palace also serves as a ceremonial venue.

Since the 1950s, KLM has presented specially designed Delftware miniature houses to World Business Class passengers on intercontinental flights. The houses are replicas of monumental buildings throughout the Netherlands. The number of houses in the collection has kept pace with KLM’s anniversary since 1994, with new miniatures added to the collection on or around KLM’s anniversary on October 7. 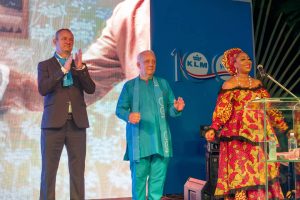 L-R: Consul General of The Kingdom of The Netherlands in Lagos, Jan Can Weijen; Michel Colleau, General Manager Air France KLM Nigeria and Ghana and Nollywood actress and MC of the event, Dakore Egbuson-Akande.

KLM staff worldwide shared special treats in honour of its 100th anniversary. There was cake and a special message from Pieter Elbers. In addition, all KLM staff are to receive the coveted 100th KLM Delftware miniature house.

According to KLM President & CEO, Pieter Elbers, “The fact that we are celebrating our 100th anniversary is not just testimony to a century of successful enterprise, innovation, and commerce, but also to the faith that customers and partners have in KLM. It is an ode to KLM’s aviation pioneers, who literally put civil aviation on the map worldwide. KLM is the oldest international airline still operating under its original name. We were the first airline to successfully pursue partnerships and alliances, after which many other countries and airlines followed our example. This has brought together hundreds of millions of people around the globe. As Albert Plesman put it: “The ocean of the air unites all people.” We may take pride in our long list of achievements and efforts over the past 100 years. And so we stand – energetic and confident – on the threshold of a new century. Filled with the same pioneering and enterprising spirit, we look forward, with optimism, to taking on the challenges of sustainability and innovation.”