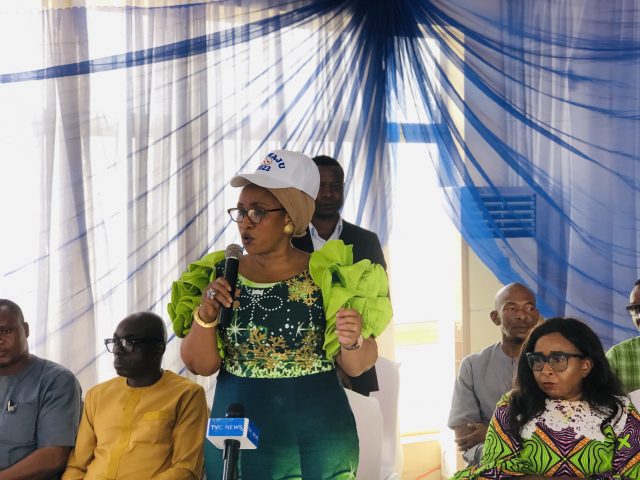 The Africa Film Academy has announced its partnership with the Lagos State Ministry of Tourism, Arts, and Culture to train 250 youth in filmmaking.

The announcement was declared openly at Alimosho, recently, at an event to commence the registration process for interested participants to enrol for the 6-weeks free Film in the Box training program.

Speaking concerning the intentions behind the initiative, Peace Anyiam-Osigwe, the founder and president of the Africa Film Festival reviewed that Film in the Box training would kick-start on the 13th of June. She further noted that the training is fully endorsed by the Lagos State Government.

“The training is free. The training is borne out of the urge to train young creatives about the process of filmmaking, and the theoretical aspect of it too. It is a 4-weeks practical class and a 2-weeks theoretical class. The training would cover not just filmmaking but directing, scripting, costume design, makeup and marketing. Registration is available both online on the academy’s website and physically at the Lagos Theatre, Igando. Also for persons who are interested in participating, they must have their LASRA Card, they need something to show that they live in Lagos State or an identity card. For now, we intend to extend the training to Badagry, Epe.”

In corroboration, the Lagos State Commissioner for Tourism, Arts, and Culture, Mrs. Uzamat Akinbile-Yusuf while describing the partnership between the two parties, remarked that the partnership is to build sustainable synergy.   She further noted that the Africa Film Academy’s passionate vision of brewing new generation creatives is similar to that of the commission.

One of the facilitators, Keppy Ekpenyong Bassey-Inyangexpressed joy in being part of the coaches for the film training initiatives. He boasts of the contents of the syllabus and how impactful the academy’s 6-weeks training would be.