Nigerian singer, Mayowa Mayorkun Adewale, has disclosed that his mum, Toyin Adewale, knows exactly how to make him smile.

The singer recently made this known a few days after releasing an Elongated Play entitled ‘Geng.’

Currently signed to Davido Music Worldwide, Mayorkun shared a video of his mum, who is an actress, singing and dancing to one of the singles from the EP entitled, ‘Of Lagos’.

The video, which was first posted on Mayorkun’s mum Instagram account gathered over 200K likes and 2K comments.

Meanwhile, the original video on Toyin Adewale’s official Instagram page had over 100K likes. The video also elicited comments from Davido, Mayorkun and Zlatan Ibile, and Iyabo Ojo amongst other celebs.

In a 2019 interview, the 51-year-old actress says she’s happy she didn’t stop Mayorkun from pursuing a career in music after completing his education. 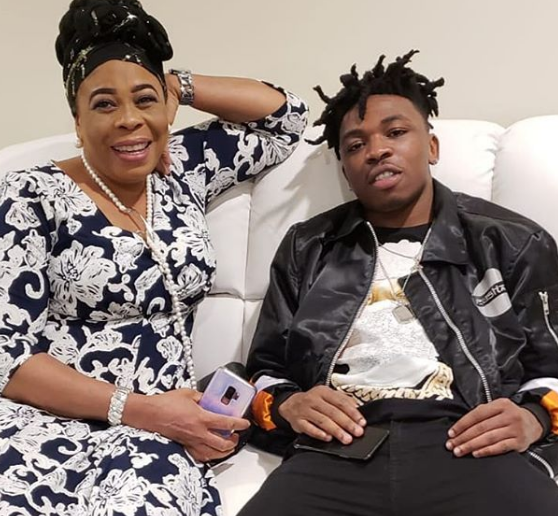 She said, “I was initially hesitant. It’s because actually, I’m a mother that loves her children to follow their passion. But at the same time, I fear for their decisions at times.

“In Mayowa’s case, when he decided to go into music fully, I was a bit scared. I didn’t discourage him though, but I wanted him to focus more on his banking career and take music as a part-time thing because I am in the entertainment industry, I know what it entails. It’s more of hyping than the real thing compared to banking that surely at the end of the month, your salary awaits you. But to the glory of God, he was able to come in contact with Davido and before you could say Jack Robinson everything became blown.

“The only role I played and I’m still playing in his career is just giving him my blessings and supporting him in every aspect,” she said.

On how Mayorkun met Davido, Adewale said, “Initially, I tried connecting him with a few people that could help push him then, but how he got to meet Davido was through his own effort and God’s favour.”