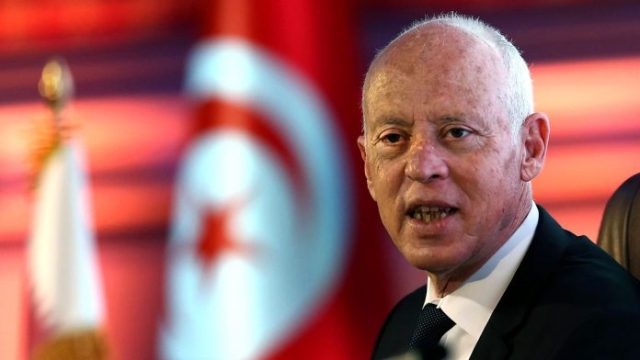 President of Tunisia, Kais Saied, has sacked about 57 judges after accusing the judiciary of financial corruption and protecting “terrorists.”

Among those sacked was Youssef Bouzaker, the former head of the Supreme Judicial Council, which Saied dissolved in February.

The council had acted as the main guarantor of judicial independence since Tunisia’s 2011 revolution and the move fuelled accusations that Saied was interfering in the judicial process.

Another prominent casualty of the purge was Bachir Akremi. Some political activists say the judge is too close to the Ennahda party and accuse him of stopping cases against it. Ennahda and Akremi both denied the allegations.

On May 30, 2022, President Saied received at Carthage Palace, Mrs Laila Jaffal, Minister of Justice, and  Tawfiq Sharaf El Din, Minister of Interior, intimating them about the alleged public service defiance by the judges.

“During this meeting, they discussed the functioning of the public service of justice, as well as the general security situation in the country.

“The President of the Republic stressed that no one is above the law and that no one can justify his money, his job or his kinship to evade punishment.

“The head of state also stressed that everyone is equal before the law, and that the country can only be purified when laws are applied in palaces of justice far from any influence”, the Tunisia presidency website alleged in a statement.

Aljazeera reported on Thursday that in a national broadcast, President Kais Saied claimed that he had to dismiss the judges, having “given opportunity after opportunity and warning after warning to the judiciary to purify itself.”

Last July, Saied dismissed the government and seized executive power, before setting aside the 2014 constitution and dismissing the country’s elected parliament.