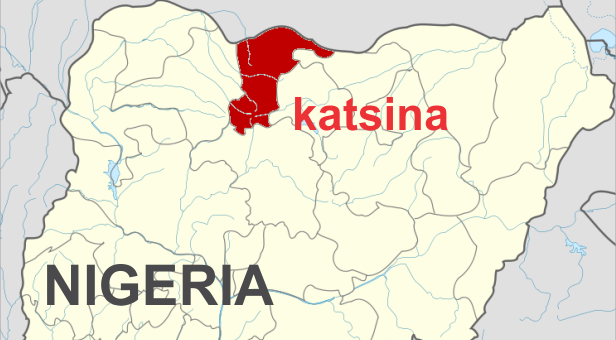 Gunmen suspected to be bandits on Tuesday night attacked Makurdi community in Malumfashi LGA of Katsina State, killing two people, while a woman and her two children were abducted.

A community source said, the bandits numbering over ten “stormed the residence of Alhaji Magaji Mallaha Makurdi, shooting sporadically into the air before he was eventually killed by one of the bullets which hit him in between his eyes and nose.”

The source also disclosed that while departing from the deceased residence, the bandits “shot and killed a health worker, identified as Zaharadini whom they met on their way.”

According to the source, the late Zaharadini, who ran from Safana LGA for fear of bandits was returning to his Makurdi abode between 10-11 pm when he encountered the bandits.

While confirming the attack, one of the sons of the deceased, Bishir Magaji said, “I called the attention of the police immediately. I started hearing gunshot to notify them of the development but they only arrived after the bandits had finished their operation and left.

“The bandits shot and killed my father and went away with my father’s wife and two of my siblings. They also killed one Zaharadini, a health worker who came from Safana to seek refuge in our community because of the terror of bandits there.”

Magaji, however, confirmed that his abducted sister was released on Wednesday, leaving his stepmother and her about a year old little baby, Usman in the hands of the bandits.

Efforts to reach the Spokesperson of the State Police Command, SP. Isah Gambo was not successful as calls put through to his phone number were not answered at the time of filing this report.