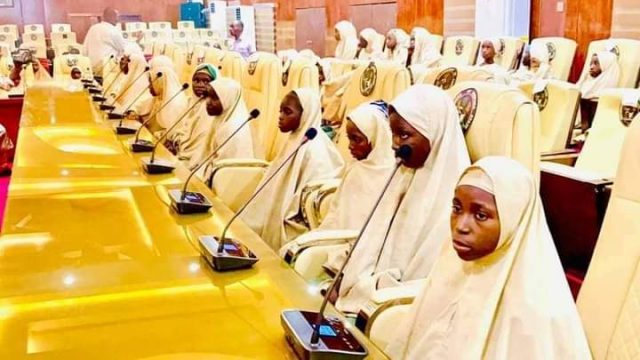 The seventy-five students of Government Day Secondary School, Kaya in Maradun Local Government Area of Zamfara State, abducted about two weeks ago have regained their freedom.

Recall that gunmen suspected to be bandits invaded the school on September 1 and whisked the victims away to unknown destination and subsequently demanded for ransom.

The incessant attacks and abductions in the state had triggered the decision of the state government to shutdown primary and secondary schools pending when normalcy returned.

The Nigerian Television Authority, NTA, posted report of their release on its Facebook page on Sunday night.

Recall that the Nigerian Communications Commission (NCC) had ordered telecom operators to suspend their networks in Zamfara as security operatives unleash offensives against criminal elements in forests.