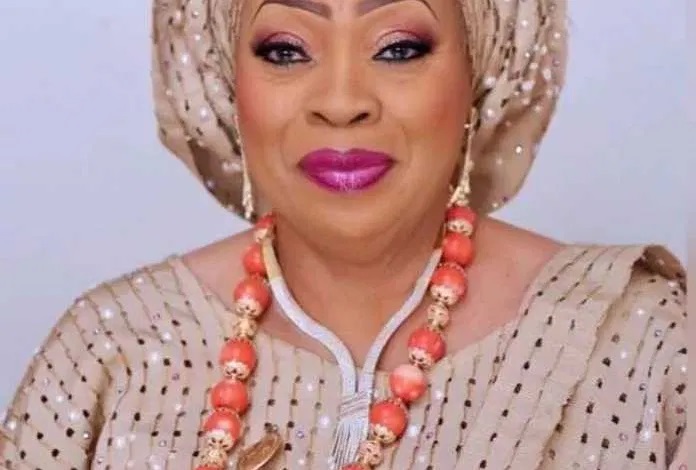 Billionaire businessman and owner of Premier Lotto, Chief Kessington Adebutu, is mourning the passing away of one of the wives, Chief Mrs. Rosemary Adebutu.

The deceased was said to have suddenly developed a mild illness at her Ikoyi home in Lagos. She was later rushed to the hospital where she passed away.

The late Rosemary Adebutu would be remembered for her gait and class when her daughter, Temitope got married to ex-president Olusegun Obasanjo’s son, Olujuwon.

Her passing away has thrown the Adebutu household into a mourning state at the beginning of a new year.