Green in Their Eyes by Mayor Akinpelu 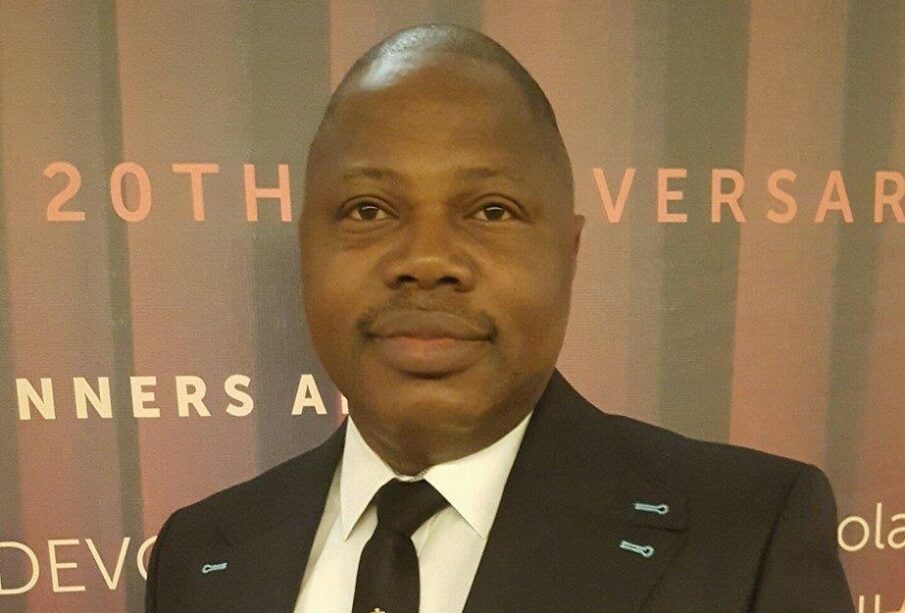 The recent developments in the ruling All Progressives Congress (APC) have created a storm.

The former chairman of the party, Comrade Adams Oshiomhole failed to learn from the age-long advice that a good General does not fight on all fronts. Those who refused in history to heed this advice had always had cause to regret their decisions.
Napoleon Bonaparte and Adolf Hitler, two of the greatest military strategists learned the hard way.

Adams Oshiomhole had many enemies in APC, especially the governors led by the chairman of Governors Forum, Dr. Kayode Fayemi, the governor of Ekiti State. Though efforts were made in the past to remove Oshiomhole from office, he survived it until he decided to wrestle in the mud with his godson, Governor Godwin Obaseki of Edo State. Naturally, the disagreements, suspensions and court battles threatened to destroy the party.

However, in order to save the party, the president, Muhammadu Buhari succumbed to the pressure from the governors and a national executive committee meeting of the party was convened at the Villa. At that meeting, major decisions were taken, one of which was the dissolution of the party’s national working committee (NWC) and an interim committee put in place which is to organize an emergency convention. That was how Oshiomhole became history.

Though Oshiomhole lost his chairmanship of the party, many believed the national leader of the party, Asiwaju Bola Ahmed Tinubu was the big loser in that power game. In fact, many commentators believed he was the target of that coup and that the battle for the soul of the party as it concerns the 2023 presidential elections has begun.
Leading the criticisms against Tinubu was former minister of Aviation, Femi Fani-Kayode. In an open letter to Tinubu, Fani-Kayode advised Tinubu to quit politics. He said he warned him that the northern political establishment could not be trusted and that they would use him and dump him. He argued that Tinubu had been humiliated. 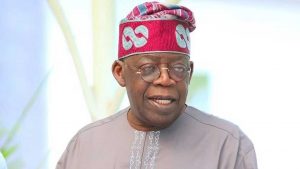 Another critic was a respected Yoruba elder, Pa Ayo Adebanjo, an Afenifere chieftain. Adebanjo also said he warned Tinubu not to go into alliance with President Buhari, that the Fulanis could not be trusted. He then advised that to salvage whatever remains of his pride, Tinubu should resign from APC.

The Aare Onakakanfo of Yorubaland, Iba Ganiyu Adams is another critic. In an interview that went viral in the media, Gani criticized Tinubu for not believing in the Yoruba cause and that he is only interested in what he can benefit. He said what has happened to Tinubu in the APC is poetic justice.

Are these personalities justified in their arguments? No. If you ask Tinubu to resign from APC or leave politics altogether, what is the alternative? Is it to join the PDP, form a new party? I beg to disagree.

Political party is a vehicle to capture power. What was the situation of things in Yorubaland before APC was formed? Despite the fact that Tinubu’s party, the Action Congress of Nigeria (ACN) supported former President Goodluck Jonathan at the time, the Yorubas were shut out from the government that was formed afterwards. I cannot recall any major position held by a Yoruba man, or woman in that government.

So, Tinubu had no choice but to go into alliance if he was to get involved at the centre.
We should also remember that the Yorubas as a political bloc have always desired power at the centre which had eluded them. The late Chief Obafemi Awolowo made efforts to be at the centre, he did not succeed. Late MKO Abiola who won election was not allowed to benefit from the mandate given to him by Nigerians. Another top Yoruba man, Chief Olusegun Obasanjo who became president was installed by the northern political interest, not by his people. It is instructive to note that Obasanjo lost his ward in the first election in 1999 because he was not the candidate of his people. Chief Olu Falae was the Yoruba candidate in that election. If Asiwaju Tinubu was serious about seizing power from PDP, it was obvious he had to go into alliance or he would remain a regional champion. So, his going into alliance with the General Muhammadu Buhari-led Congress for Progressive Change (CPC) made political sense.

Buhari had always won majority votes in the north. What he needed was a strategic partner who could get him across the line. Tinubu’s ACN, along with some elements in the All Nigeria Peoples Party (ANPP) and the New PDP came together and defeated Goodluck Jonathan to seize power at the centre.

Were there benefits therefrom? Several.

The Yoruba moved freely into the mainstream and were adequately rewarded, especially in the first four years of the Buhari government. They were given strategic positions in government including the vice presidency and a super minister who was in charge of three key ministries. The ministry budget of the former Lagos State governor, Raji Fashola (SAN) who was in charge of power, works and housing was more than the budget of many states. The Yorubas were also appointed into various positions across board. So, how could joining that alliance be a mistake? What was the position of things before the alliance? It is always good to put things in proper perspective.

It was true that Chief Odigie Oyegun as chairman of APC did not protect Asiwaju Tinubu’s interest. What happened in Ondo during the primaries that brought out Governor Rotimi Akeredolu and how Tinubu’s candidate in Kogi was not allowed to be governor of that state proved that point. It was common knowledge that Tinubu fought for the removal of Chief Oyegun and played a prominent role in making Oshiomhole chairman of APC. As we move towards 2023, whoever is in control of the party is at an advantage. So, Oshiomhole not being the chairman of the party is a major setback for Tinubu, no doubt. But that is not enough reason to write him off.

Tinubu is a master strategist. I witnessed his brilliance in this regard first hand. In 2003 when he was seeking reelection as governor of Lagos State, I was privileged to be the co-chair of the media committee for his reelection. President Olusegun Obasanjo of PDP approached Pa Abraham Adesanya, the Afenifere leader for an agreement. Obasanjo said that as a Yoruba man, the southwest should support him in the presidential election while they would support the ACN governors to retain their seats in the southwest. The Afenifere leadership agreed. However, Tinubu saw through that deal and refused to support it. He said it was a ruse and that we should continue working, there was no agreement. The leadership of Afenifere felt slighted that Tinubu didn’t go along with them. They publicly endorsed other southwest governors except Tinubu, telling him he was on his own. And what happened afterwards? A political tsunami swept through the southwest geo-political zone. All the governors elected on the ACN platform except Tinubu lost their reelection bid. Tinubu was the lone survivor.

The journey to get into the mainstream started when Tinubu was the Lagos State governor. The first person he sent forth was his then chief of staff who is now minister of Information, Alhaji Lai Muhammed. Lai Muhammed resigned as chief of staff and ran for governorship in Kwara State. Though he was not successful at the time, the seed of what made it possible to take Kwara from PDP in the 2019 general elections was sown at that time. The next person in that project was Ogbeni Rauf Aregbesola who was his commissioner for Works. Like Lai Muhammed, Aregbesola started the Oranmiyan project to take over Osun State from PDP. He succeeded and became two-term governor of Osun State.

So, Tinubu should not be written off. His ability to make himself relevant despite numerous coups against him is commendable. For somebody who left power since 2007 to still be relevant means there are certain things that he is doing right. I think it is because he is different from most politicians around.

The hallmark of a good leader is the ability to recognize talent. Tinubu is a talent hunter. He surrounds himself with brilliant people who get things done for him. And he rewards loyalty. Many who follow him have no cause to regret. His foot soldiers are everywhere in the political space. He is also a Machiavellian leader. There is no doubt who is in charge and he would move against you big time if you step out of line.

So, all the criticisms about him leaving the party or politics because he has been used and dumped is hogwash. It is sheer jealousy.

Despite several controversies that seem to follow his trail, he is undoubtedly the most powerful politician in Yorubaland today. Despite the fact that a former president, Olusegun Obasanjo, a distinguished Yoruba man is alive and well, Tinubu is the most powerful Yoruba politician around. Yet he left power 13 years ago!

Even if Tinubu does not become president in 2023, his place in history is assured. In politics, you win some, you lose some. There is no doubt that removing Oshiomhole as chairman of APC is a huge setback for Tinubu, However, it is premature to write him off politically.

Those criticizing him only have green in their eyes.

BBNaija Lockdown: Nengi is the first Head of House