Home›Sport›Napoli believes Osimhen will do better for club
Sport

Napoli believes Osimhen will do better for club 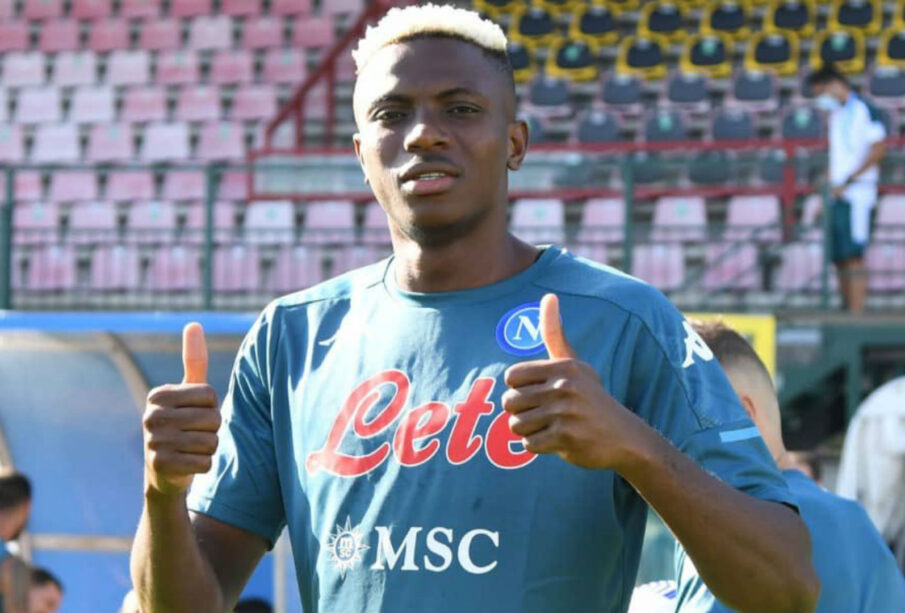 Napoli’s director of sport Cristiano Giuntoli believes Victor Osimhen will do very well in the club after the signing earlier in July 2020.

Giuntoli also expressed that Osimhen, who is the current most expensive signing in the club, would have a better time in the club than his predecessor.

At €50m plus €10m in bonuses and three youth team players, Nigeria International Victor Osimhen became the most expensive ever Napoli signing following his move from Ligue 1 side Lille.

Hirving Lozano, the previous record holder, struggled to make any impact in his first Serie A season.

The Mexico International joined Napoli from PSV Eindhoven in The Netherlands on a five-year contract worth €42 million but could only score five goals in 33 games across all competitions for the Azzurris.

“We believe he can only do better, so the desire is to continue together,” Giuntoli said at the press conference presenting new signings Osimhen and Amir Rrahmani from Verona. The transfer guru also admitted that Osimhen’s negotiations were ‘tough’.

“I remember Osimhen in the Under-17 World Cup and he had a great tournament. It was a tough negotiation process because it was done at a distance, so clearly we didn’t get the usual sense of whether this was going to work or not,” said Giuntoli.

“Thankfully, it all went well. It was an expensive investment, but we are convinced he will do very well.”

BBNaija Lockdown: How I got pregnat without penetration, says Wathoni