Report says DStv is cheaper in Nigeria than other African countries 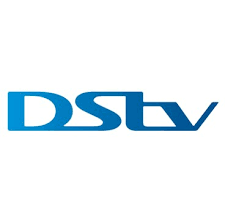 Nigerians, contrary to popular belief, do not pay a higher subscription for Dstv than subscribers in other countries.

A look at the websites of DStv in Ghana, Kenya, and South Africa shows that Nigeria pays over 55 percent less than other countries on the continent.

According to information on the DStv website, DStv Compact costs N6,975 in Nigeria, equivalent to $15.50, while the same package costs 140GHS in Ghana which is equivalent to $25.45.

Also, in a financial report released by MultiChoice Group on Wednesday, South Africa has 43% of its subscriber base and generates 66.35% of its revenue while Nigeria generates 10.89%.

It further showed that a profit of $617.69 million was generated in South Africa with a trading margin of 30% while Nigeria did $329 million, 100% less than what was realised in South Africa.

MultiChoice Group listed its challenges in Nigeria as sporadic payment of government employees; food and travel inflation which had a negative impact on consumer spending and low oil price which increased the risk of currency weakness.