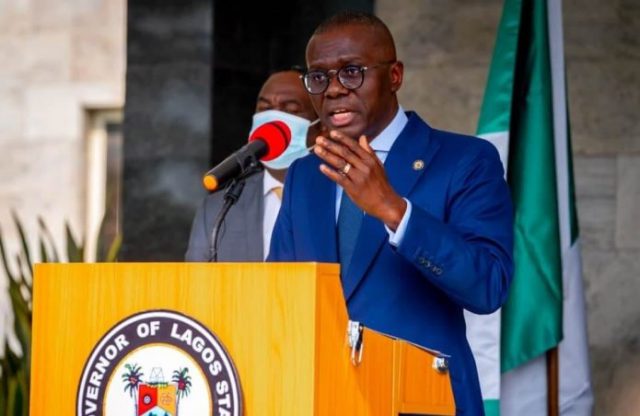 Lagos State Governor, Babajide Sanwo-Olu on Friday, performed the sod-turning ceremony of Falomo Towers, an ambitious urban renewal project that will restore the aesthetic landscape of Falomo, the commercial suburb of Ikoyi in Lagos State.

The new premium sky-high real estate will be delivered by the Lagos State Development and Property Corporation (LSDPC) in partnership with Afriland Properties Plc.

Falomo Towers is developed on the 11,950 square metres site of the former Falomo Shopping Complex. It is expected to be completed in 30 months.

At the event, Gov. Sanwo-Olu said the project was another milestone achieved by his administration to renew urban amenities, stressing that the strategic implementation of the Lagos Masterplan had been dependent on the Government’s ability to forge a workable partnerships between the public and private sectors.