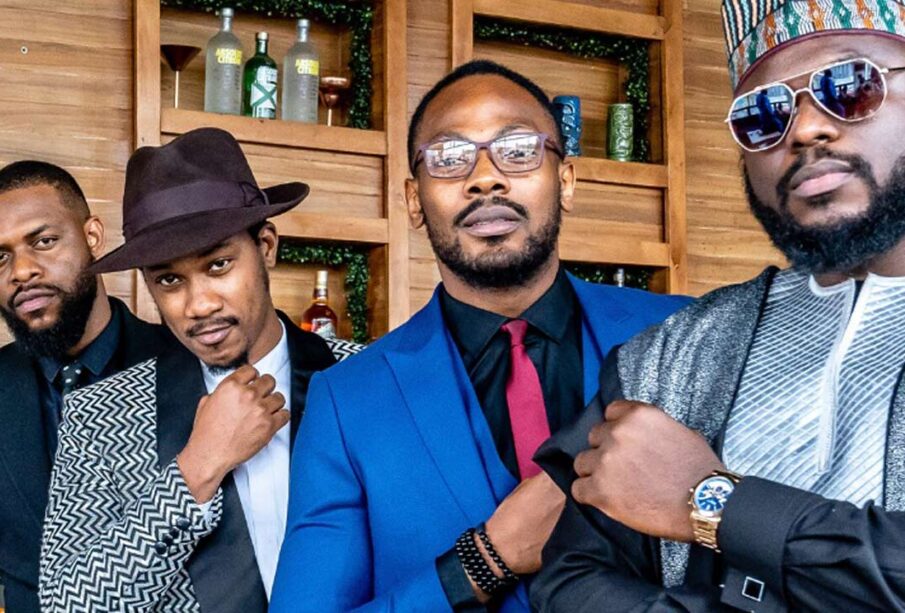 The Men’s Club (TMC) has emerged the winner of Gage’s Awards’ Web Series of the Year 2020.

Following a thorough audit by the organisers of the awards, TMC which was nominated alongside four other popular online shows, clinched the highly coveted award, and was announced as the winner in an elaborate virtual event which was held on Saturday, April 24th, 2021.

Now in its third season, TMC is one of the top hits from REDTV, producers of other popular shows like Our Best Friend’s Wedding, Inspector K, Assistant Madams, RedHot Topics, Hotel Boutique and a host of other entertaining content.

The Men’s Club has enjoyed a huge following since its launch in 2018, taking viewers on a roller-coaster ride with Africa’s hottest screen men – Ayoola Ayoola, Efa Iwara, Daniel Etim and Baaj Adegbule. Their adventure filled with love, friendship, fear, betrayal and Romance has had viewers clamoring for more. The show also stars top actors like Sharon Ooja, Mimi Chaka, Folu Storms and features some of Nollywood’s finest legends like Sola Sobowale and Shaffy Bello.

Executive Producer, REDTV, Bola Atta, thanked the organisers of the Gage awards for the recognition as she elaborated on the mission of REDTV since it was birthed five years ago. She said, “REDTV was set up to support Africa’s creative industry. Developing and nurturing talent is what we are most focused on as we make available opportunities for creative people across the continent. We do this through the creation of compelling and positive stories about Africa and Africans’.

Acknowledging UBA’s continuous investment in REDTV and in SMEs, Atta who is also the bank’s Director of Corporate Communications, said, “REDTV was birthed by the United Bank for Africa, to support the youths and the creative sector in Nigeria and across the African continent and for over five years we have been creating employment through entertainment. At UBA, we aim to empower talented and creative professionals in the pursuit of their dreams whilst they contribute to economic growth.

She disclosed that the online platform will be launching more pan- African content in the next few weeks, which she stated, will further connect African talent to the world, providing the best in entertainment and storytelling to its teeming fans.

Organisers of the awards, said the aim of the Gage Awards, which is in its second year, is to recognise institutions that have added value towards making the internet a haven for the development of African content.

REDTV is a fast-paced lifestyle channel that puts Africa on the global stage. Proudly powered by UBA, the network aims to entertain and inform through rich and engaging content that feature the very best of Africa focused on fashion, news, music, sports, drama, travel and much more.

REDTV collaborates with the most talented visionaries and creative minds who dare to believe in a New Africa, putting together content that reflect its vision.