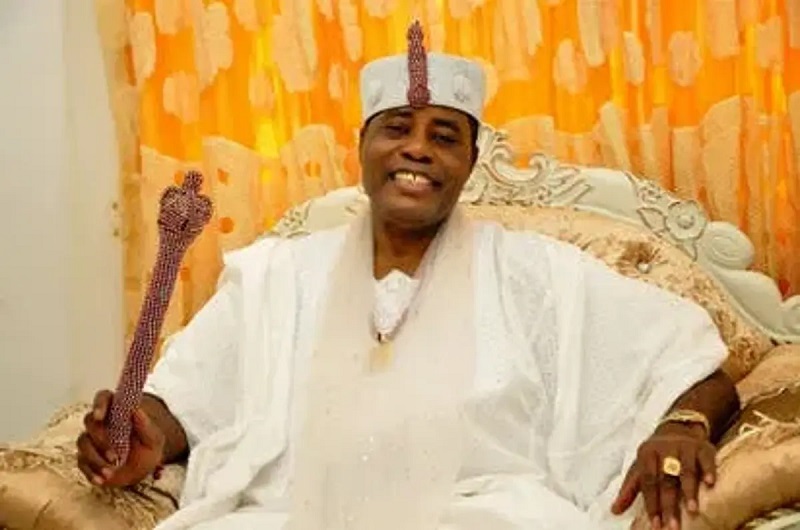 Obat boss and Olugbo of Ugbo Kingdom in Ilaje Local Government Area of Ondo State, Oba Fedrick Akinruntan has lost one of his eye-popping hotels over a bank debt valued at N5 billion.

According to court papers, the High Court of the Federal Capital Territory in Jabi, Abuja, ordered the sale of his Abuja hotel to offset the N5 billion debt it owes Ecobank Plc. This is coming barely six weeks after celebrating his 10th anniversary on the throne.

The judge, Hassan Babangida, gave the order in a suit filed by Ecobank.

The monarch, who once ranked by Forbes magazine as the second richest king in Africa and the richest in Nigeria, sources said is making frantic efforts to upturn the verdict.

Ecobank, through the application filed on October 18, 2019, sought the court’s authority to sell the hotel to recover the N5 billion owed by Obat Oil.

It claimed that it had reached an agreement with Obat Oil to sell the hotel to offset the debt, adding that the agreement was adopted by the High Court of Lagos State as a consent judgment delivered on March 15, 2017.

The bank, through its lawyer, Kunle Ogunba, a Senior Advocate of Nigeria, added that Obat Oil, in a November 16, 2019 letter, informed the bank that it had found a buyer for the hotel and would offset the debt with the proceeds of the sale.

Ogunba said that the company reneged on its promise to have the hotel sold and pay the N5 billion debt “on or before December 31, 2019”.

In his defence, Obat Oil’s lawyer, Olalekan Ojo, did not deny his client’s N5 billion indebtedness.

He stressed that Ecobank was no longer the creditor because the bank had in a letter dated April 5, 2017, allegedly assigned its rights and interests in the case to a third party, ETI Specialised Finance Company Limited.

He said this implied that only ETI Specialised Finance Company Limited could assert any right over the N5 billion judgment.

Delivering judgment on Thursday, the judge held that Ecobank had the locus standi (legal right) to enforce the Lagos State High Court judgment.

The judge ruled that there was nothing placed before the court to show that the alleged transfer of the bank’s right in the N5 billion to ETI was complete.

He noted that although the bank in its April 5, 2017 letter stated that ETI would act on its behalf, there was no evidence showing that ETI complied with the condition in the letter requiring it to give the debtor the bank account into which the N5 billion should be paid.

“The judgment sum has not been paid till today and it was agreed by the parties that the property in question, Febson Hotels & Malls, should be sold in satisfaction of the judgment sum,” the judge added.

The judge ordered: “The court hereby orders the issuance of a writ for the attachment and for sale of the property known as Febson Hotels & Malls and the sum of N5 billion to be realised from the sale should be paid to the applicant.”

Obat Oil immediately appealed against the judgment and filed an application for stay of execution of the judgment, on Thursday.

Obat’s lawyer, filed two grounds notice of appeal at the Court of Appeal in Abuja, contending that the trial judge “erred in law” by not declining jurisdiction to entertain and grant Ecobank’s motion on notice dated October 18, 2019.

The lawyer argued that the court ought to decline jurisdiction because the judgment debt sought to be enforced by Ecobank had been assigned to ETI Specialised Finance Company.

The firm argued that the judge arrived at a decision that occasioned “grave miscarriage of justice” by relying on such reply affidavit.

In its motion for stay of execution of the judgment, which it filed before the same trial judge at the FCT High Court, Jabi, on Thursday, Obat Oil sought an order of injunction and stay of execution “restraining Ecobank from enforcing it pending the determination of its appeal against the said judgment.”